A fun night together or a disaster in the making

Why do couples choose to hold a Sten Party or Hag Party? Is it because they save money numbers or because they want to celebrate their last night of freedom together. In fact the Sten party phenomenon has been on the rise. Here is how you throw a successful Sten Party which doesn’t stink of fluffy clouds and pink elephants. We can also advise you on some basic requirements 😉. Our Buff butlers have attended a good few of them so you might take heed at their wisdom.

But first and foremost…

Sten because Stags and Hens are too messy

If you are throwing a Sten because one of you is afraid that the whole “get trashed and get strippers” business then you might want to reconsider the wedding business. Sadly there are those couples that hold a sten to make sure their better half doesn’t land his face between the hills of joy belonging to a stripper. Or vice versa. The jealous husband to be is worried that his darling will be spending too much time staring at the full monty. In this case the Sten Party will be as wild as a tea party in a Monastery.

Ok. We can make exceptions here. Sometimes it happens that the wedding is short noticed. Couples that get married in the spur of the moment might end up not having enough people to attend their Stag or Hen. So they throw a common party with Buff butlers, tequilas and what not. And they are so much in love that it all makes sense.

Or just because they want to save money

Well. It’s a very practical way of looking at it, but sure. Stags can be an expensive affair. Bigger number mean bigger discounts. If you get a group of 30+ people for an activity it does work out cheaper. Even the costs of Strippers and Buff Butlers come down. The dynamics of the group are different too. You will end up having more fun with boys and girls partying together and a sten can be a very successful pre-wedding party.

Been there, done that… can we chill this time

If you are thinking of including members of the family from different age groups and backgrounds, this is the best way to do it. A big BBQ with bouncy castles and some games works wonders to get everybody in the wedding spirit. Also, some couples end up meeting later in life. You might think of having a joint party if you already have had the whole mad stag and hen business in previous marriage adventures. Maybe you just want a classy reception with a buff butler working out his magic. Or a sexy waitress. Or both. Maybe the whole adventure of pub crawling, sashes and mankinis is not your kind of thing.

Swingers and other alternative lifestyles

What makes your Sten or Hag Party a success

You might think that just by bringing together 30 or so people that kinda know each other guarantees the success of your sten party. It’s not as easy as it seems. More people means that you need to organise things better. So :

Give the Bride and Groom a special place

Nothing worse than a party when half of the people don’t really know what it is about. Make sure you treat the couple as king and queen. Or give them the role of  the MC. Try to give them the floor at regular intervals. Let them lead the party. 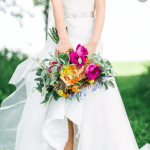 If it is well balanced people will be mingling and socialising naturally. And after a few bevvies the singles will mingle and who knows? It might work out that your party becomes the place where a new wedding story began. Also keep in mind the age ratio. If you want your sten party to be a family event then a few grannies and the future flower girls and ring bearers are fine. But don’t want your sten to turn into a babysitting session.

Get Music and DANCE!

A good DJ or a local band can bring everybody in the party mood. As a Sten Party is a big pre-wedding rehearsal why not try your sexy moves on the garden dance floor. And if you can’t drop it like it’s hot, then swing it left and right like it’s warm.

Organise Activities to cover the needs of all the ages

You would be surprised how a bouncy castle can transform a party. If you are abroad a swimming pool party works also very well. On the other hand a long trek in the Irish Countryside never harmed anybody. BBQs and massive hide and seeks are popular with adults and kids alike.

Keep it spicy but classy

While Full Monty shows would raise an eyebrow or two, a topless waiter is not R- Rated. Go for the stylish attire of cuffs vests and muscles. Or tight Lycra t-shirts. Coyote Ugly styled hostesses also suit such occasions.

And take it easy on the booze

That goes without saying but sometimes people get carried away. Keep the alcohol service dinner style. Eat, Drink, Dance or walk, talk, act like a child , then repeat.

You might want to ask our Buff Butlers in Ireland crew. Indeed after helping out in about 450 stens last year alone,  they will tell you exactly how to make your sten a success.

We're not around right now. But you can send us an email and we'll get back to you, asap. 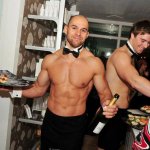 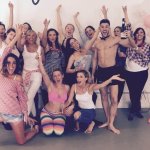